To Think Big with Data: The Rise of Data-Driven Teams and Executives 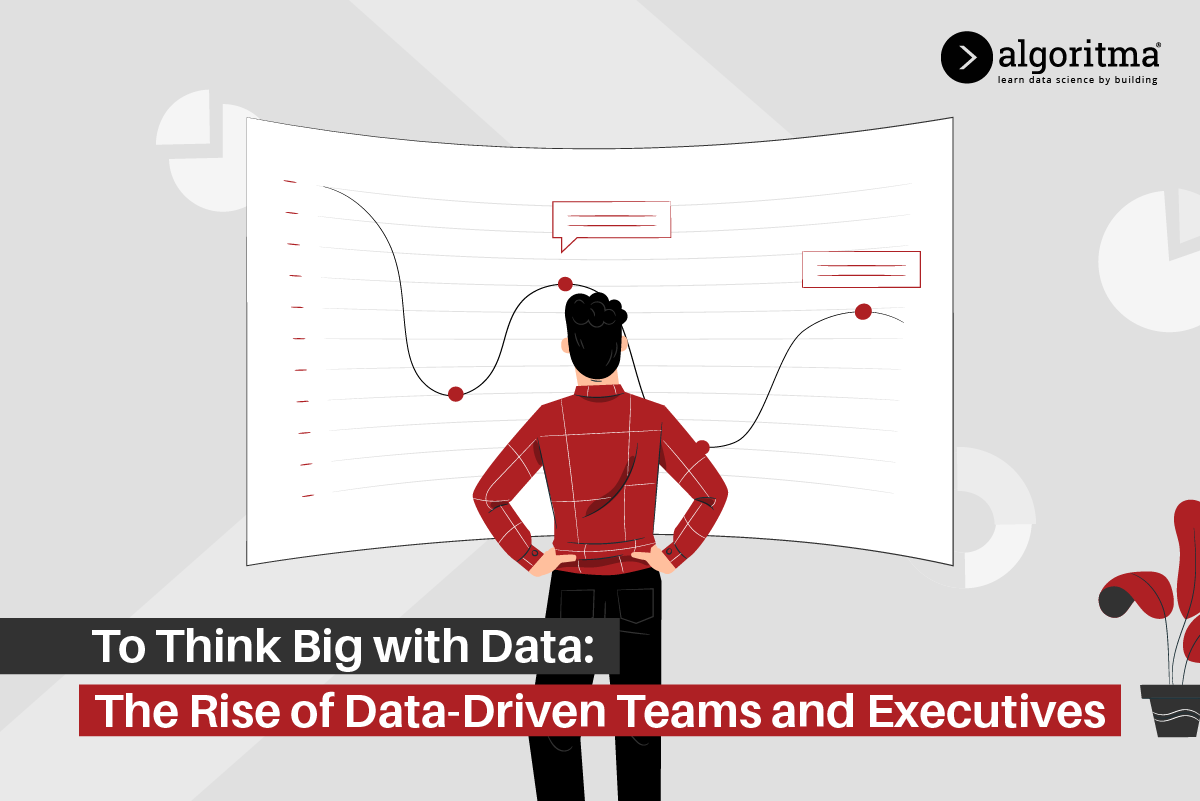 In recent years, along with the growth of startup companies and internet-based businesses, the term Data Science has become more and more commonly heard and used, even becoming a trending topic across various media. People are getting aware of, interested in, and constantly challenged by it. One of the reasons why it attracts so many people from different backgrounds and industries is because of its holistic origins, coming from the combination of three different studies; computer science, statistics, and business knowledge. The use of computer science as in programming languages such as R and Python in processing a huge amount of data for mathematical modeling, while having a clear understanding of the goals that would like to be generated from the data using business acumen in every step of the process is what Data Science is all about. Data Science is the root of automation and data-based (i.e. data-driven) decision makings, in contrast with the conventional data processing and assumption-based decision makings which we used to do normally in the old days before the era of Big Data.

If you ever wondered why startup companies such as Indonesia’s own unicorn startups (e.g. Gojek, Tokopedia, Traveloka, etc) can evolve rapidly in a way which no conventional corporate has ever done before, well the answer to that question is Data Science. Those startups are developed by data-driven teams and led by data-driven executives. They used data as their fuel to boost their company’s performance, widen their market, to make better impactful decisions in growing their businesses and along with it they disrupt the existing businesses of traditional corporates. Like it or not, that is the fact of where most conventional companies stand in today’s changing world, they are being disrupted from different angles by the emerging startups who are using data as their most important capital in entering the more-than-ever challenging market. If traditional corporates do not act on this, if they do not start to change their culture by being data-driven and benefitting from data, they will be left behind by the rapid development of the world’s technology and sooner or later won’t be able to catch up anymore, slowly be gone and forgotten. This happens to every single industry we can think of, be it banking, investment, oil & energy, telecommunication, retail, manufacturing, and many more, you name it, they are being disrupted one way or another.

Take Panin Asset Management for example, one of the most well-known investment companies in Indonesia and an affiliate of Panin Bank, one of the biggest oldest banks in Indonesia, who recently started to implement Data Science initiative within the company. Being disrupted by the emerging fintech asset management startups and challenged by the fluctuating market conditions, they realize how important it is for them to catch up with today’s technology and be more data literate. Yes, they are already well-established, they have solid records of clients’ portfolios and performances, but how to grow from that point on has become a big question mark for them. Until around a year ago, they were still using only conventional data processing methods which computation and mathematical modelling ability are limited, holding back the company to reach its full potential.

In the case of Panin Asset Management inside the investment industry, adding to their issue is the dreadful case of Jiwasraya, the government-owned insurance company which currently is going under for corruption and fraudulent activities suspicion, having accumulated a negative equity of more than twenty trillion Indonesian Rupiah and causing the company to default. This issue has raised the feeling of distrust from Indonesian customers of the country’s investment companies, and this means less customer conversion and decreasing growth. 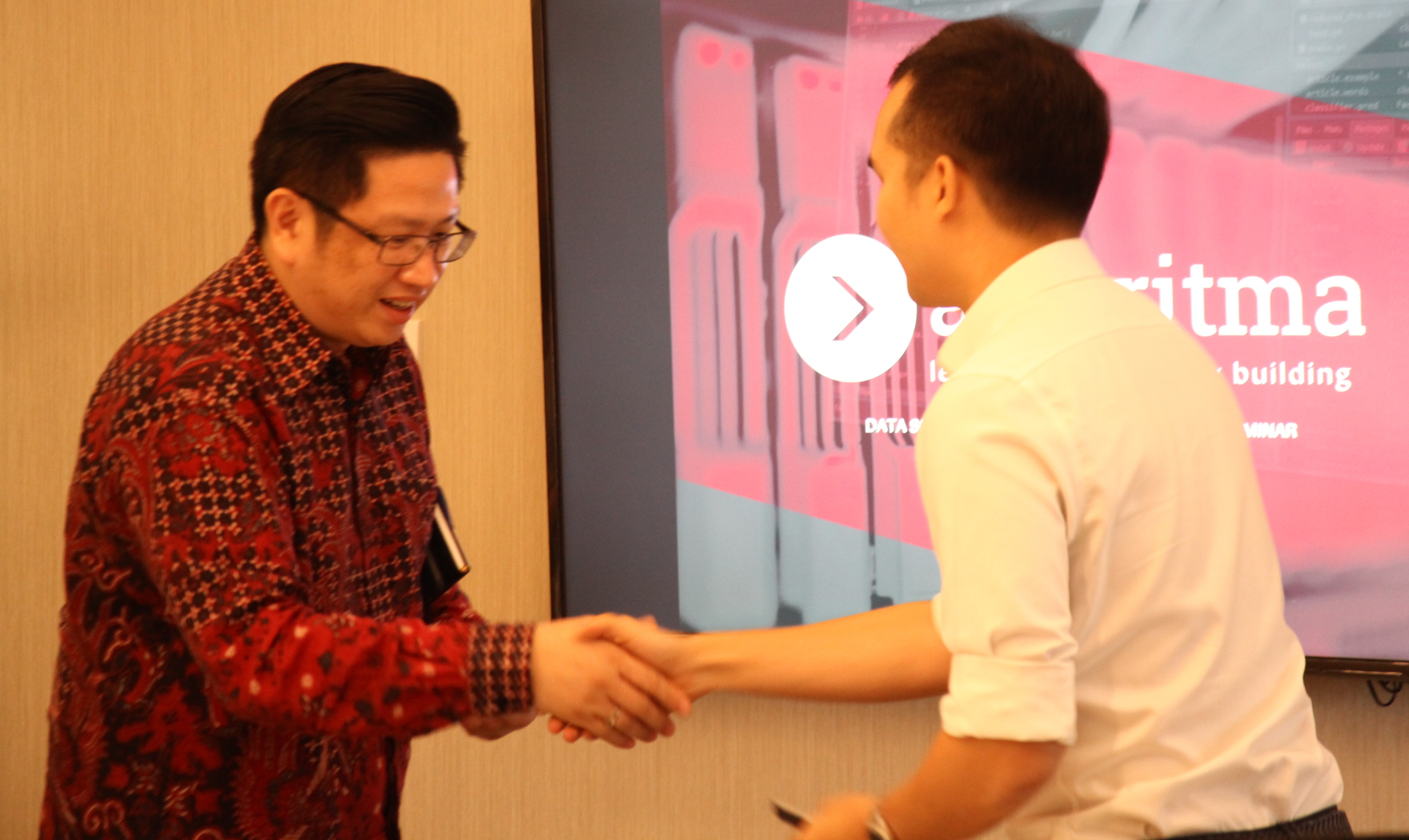 The result of being data-driven is more reliability and more reliability means better trust from all stakeholders. After Panin Asset Management had their DDE Training with Algoritma, they started to implement Data Science initiative inside the company by hiring a Data Scientist and building a Data Science Team around the talent. They do their daily business operations today, such as that of customer profiling by utilizing Data Science (doing predictive modelling, machine learning-based credit scoring, and forecasting), resulting in better product recommendation and better trustworthiness from clients.

In conclusion, the Data-Driven Executive Training has given the leaders of Panin Asset Management awareness to be visionary and encourage them to be bolder in acting towards new technologies and Big Data. In the future, Panin Asset Management will continue to use Data Science, such as by making an interactive dashboard (i.e. Data Visualization) with Machine Learning deployed within the plotting to extract better insights and make better strategy. This will make them one step closer into offering more high techs products and features to their customers, such as Robo Advisor platforms.